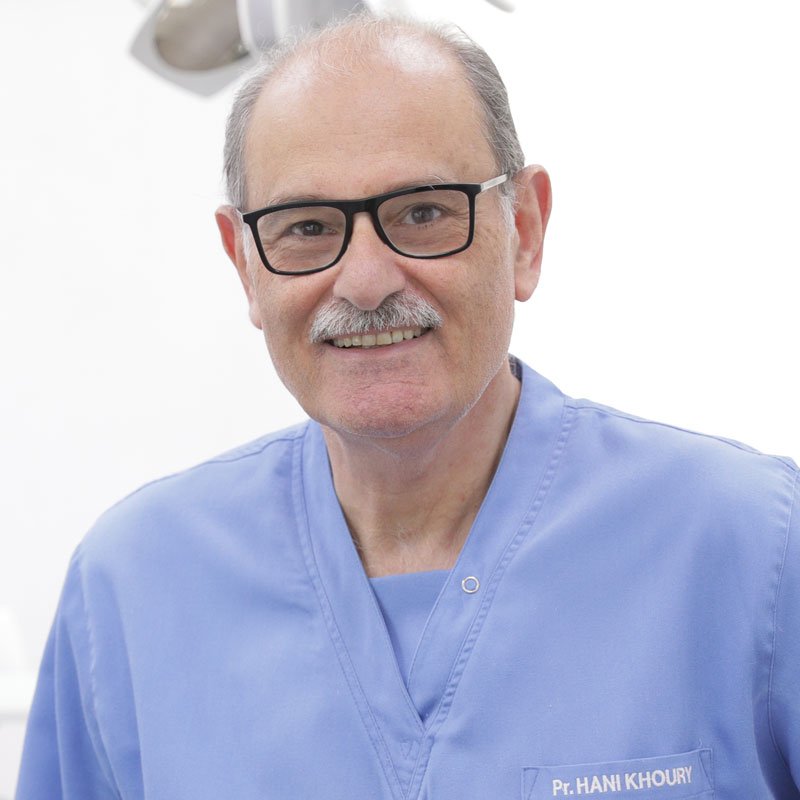 Professor Hani Khoury earned his degree in Medical Dentistry in 1975 from Saint Joseph University, Lebanon. He pushed forward his education in France, where he specialized in periodontics (Gum and Bone Disease) and prosthodontics.

In 1977, he returned to Beirut, founded “Khoury Dental Clinic” and took part in the establishment of
the Department of Periodontology at the Saint Joseph University.

Hani has taught pre-graduate dentists since 1977 and in 1995 mentored post-graduate students in periodontics and implantology. He became chairman of the department for 8 years.

Pr Hani is among the first Lebanese dentists to place implants and one of the most renowned periodontists specialized in gum reconstruction.

Throughout his career, he has given many lectures and published articles in Lebanese and international journals. He is a member of the Lebanese Dental Association, Lebanese Society of Periodontology and the American Academy of Periodontology.

Full mouth, dental implants rehabilitation. Twelve
How to treat a gummy smile? #gummysmile #gummysmi
Choosing the right dental clinic can be a very tou
Things to consider when placing an implant. Most
Dental implants, when done correctly, can be as ae
Why is guided implant surgery better for you? #de
2-day private course in Baghdad 🇮🇶 It was m
A small correction at the gum level can remarkably
Throwback to the lecture i gave in Bahrain on how
Follow us on Instagram